Is a lie detector in the court practicable? 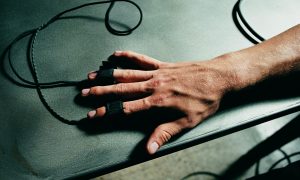 Could the gradual implementation of lie detector tests in the courts lead to the eventual end of the necessity for a defendant to be trial’d?

A ‘polygraph’, also known as the infamous ‘Lie Detector Test’, is a machine which when attached to the human body, can show whether a person is lying or not, based upon their sensory reactions to certain questions, such as “guilty or not guilty” in the court context.

However, at present, the lie detector test is not a recognised means of determining a defendant’s conviction status, predominately due to the law of every defendant having the right to a trial. This is because by having a lie detector test done upon a defendant before a trial, to which the defendant was to be found guilty of the crime in question, then a trial would not be necessary.

So, what is the right to a fair trial?

Article 6 of the The Human Rights Act (1998) states that every individual has the right to a fair and public trial or hearing if they are charged with a criminal offence. Accordingly, every defendant has the right to be presumed innocent until proven guilty, remain silent and put forward own side of case, as a few examples. However, how much will a person’s rights really be impacted, if instead of a criminal trial, a lie detector test was taken automatically instead?

What are the problems associated with lie detectors?

The results of lie detector tests can be given as evidence in support of a case but cannot be used as a way of determining the judgement of a case, giving that it does not follow the legal requirements associated with a defendant’s rights to trial. Thus, the most notable problem with using lie detectors as a form of judgement just isn’t possible at present.

On the other hand, a lie detector test can still be lied to, in which defendants can trick their bodies so to not to react to the machine and thus may be guilty, although the machine may not show it. Therefore, being so, in order to be considered as a practical means of giving judgement without the necessity for the normal court proceedings, perhaps the technology would be need to be updated further so as to have a higher result of accuracy, in relation to the application of justice.

If you would like to discuss this article further or have any general legal enquiries, please contact one of our highly qualified solicitors on 020 3318 5794 or via email at londoninfo@hudsonmckenzie.com